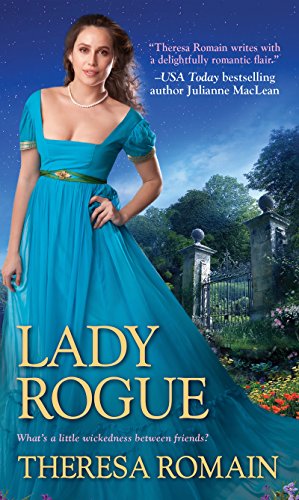 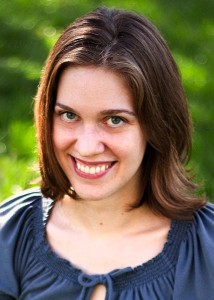 Joining me today is Theresa Romain.

Why did you choose to write about a commoner man marrying an aristocratic lady? Do you think that it truly would have worked?

This wasn’t a pairing I’d written before (I think…now I need to go check my backlist!), so that made it interesting to me. Power and influence in English society 200 years ago worked very differently than they do in our modern US society. Regency characters aren’t simply modern folks in long dresses—though that being said, my characters are always open to change. Otherwise, how can they grow and earn that HEA?

Lady Isabel of LADY ROGUE doesn’t feel she has anything to lose, though. She has plenty of money; she enjoys society but doesn’t need to be at its heart; she was married before out of duty rather than love. She’s about as independent as a woman of her time could have been, and so her romance is of an independent sort too.

Does writing energize or exhaust you?

Some of both, really. I have chronic fatigue issues, and writing takes a lot out of me physically. It doesn’t make sense, but it’s the case! Yet when a project is going really well and I make the day’s word count goal with time to spare, it can be very energizing. It makes me feel like I’ve done something worthwhile with my day.

Do you try to be original, or give readers what they want?

Why not both? 🙂 I want each of my stories to contain characters and events that feel fresh so that I’ll enjoy writing it. But since I’m the same me writing each book, they definitely have points in common: banter, literary references, beloved pets…things like that.

Do you want each of your books to stand alone, or are you working towards a body of work?

Again, why not both? Since any one of my books could be the first one a reader finds, each story must stand on its own and have a self-contained love story. For those who like to follow a series in order, I think it can be fun to include continuing plot threads or characters, but the reader of just one book won’t be left confused. I’ve just finished my 18th romance, counting novels and novellas, and the longest series of connected books I’ve written is four stories.

What is your favorite underappreciated book?

Most of the books I love are well known among other romance readers, but to people who don’t read romance, they might not be familiar. I’ve used the books of Courtney Milan and Susanna Kearsley to convince friends who read fiction that they really ought to be reading romance as well! But those authors’ books are very well-loved, so I wouldn’t call them underappreciated. Now you’ve got me thinking about this, though—thank you! I share book recommendations on BookBub when I particularly enjoy something I’ve read, so watch that space and maybe we’ll all find an underappreciated gem.

That’s a great question, and I bet every author’s answer is a little different. My own definition of success would be enough money to live on without pinching every penny, the respect of my peers, and awesome readers who enjoy my books. Thank you so much for being one of the latter!

Thank you for being with me today, I hope your book is a huge success! Will this be a series? Sorry, could not help myself!

Yes, LADY ROGUE is part of a series. It’s loosely connected to the first two Royal Rewards books, FORTUNE FAVORS THE WICKED and PASSION FAVORS THE BOLD. A final book, LADY NOTORIOUS, will be out on February 26, 2019. More info about each of these, and all my other books, can be found on theresaromain.com.

Thank you so much for hosting me!

As far as London’s high society knows, Lady Isabel Morrow is above reproach. But the truth is rarely so simple. Though the young widow’s passionate fling with dashing Bow Street Runner Callum Jenks ended amicably months ago, she now needs his expertise. It seems Isabel’s late husband, a respected art dealer, was peddling forgeries. If those misdeeds are revealed, the marriage prospects of his younger cousin— now Isabel’s ward—will be ruined.

For the second time, Isabel has upended Callum’s well-ordered world. He’s resolved to help her secretly replace the forgeries with the real masterpieces, as a . . . friend. A proper sort of friend doesn’t burn with desire, of course, or steal kisses on twilight errands. Or draw a willing lady into one passionate encounter after another. Isabel’s scheme is testing Callum’s heart as well as his loyalties. But with pleasure so intoxicating, the real crime would be to resist . . .

This is a great story, both poignant, and uplifting. How a Marquess’s daughter, Lady Isabel goes from a marriage to a very cold man, to finding love with an Officer of The Police. I love the Bow Street Runner, Callum Jenks, still trying to solve the death of Lady Isabel’ s husband. He never truly believed everything was as it seemed. Lady Isabel finally realized that just confining her activities to the requisite house calls is not enough any longer, she wants to contribute in some small way to the world she was born into. I did not think that I would like Lady Isabel marrying outside the Aristocracy, with no money, however, as usual , Theresa Romaine makes it seem perfectly natural.
I Highly Recommend! Thank you! Enjoy!

FOR A CHANCE TO WIN AN EBOOK OF THERESA ROMAIN’S BOOK SEND YOUR ANSWER TO THIS QUESTION TO CSBisig@comcast.net